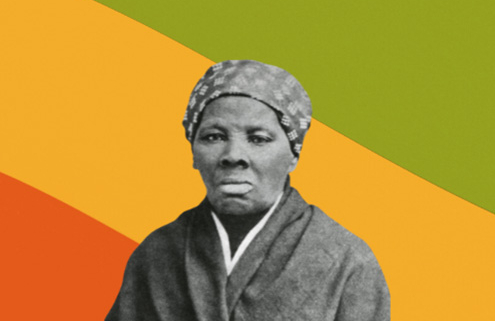 We remember the legacies of American Black History Month

Harriet Tubman
Harriet Tubman was an abolitionist who helped runaway slaves escape via the Underground Railroad. Though it is not well known, Harriet Tubman suffered from epilepsy due to a severe head injury that she sustained while enslaved. As a result, she needed to take many rest breaks on her rescue missions. But she persevered and helped more than 300 people make their way to freedom! This Black History Month, we recognize Harriet Tubman for her remarkable accomplishments as a former enslaved woman living with a disability and her contributions to American history.

Mary Kenner
Mary Kenner always loved inventing solutions to problems. Her inventions made daily life easier. When her sister was diagnosed with multiple sclerosis, she patented innovative accessibility inventions such as a serving tray, pocket attachment for a walker, toilet paper holder and a back washer that could attach to a shower wall. As an African American inventor, it was difficult to get her patents approved. But that didn’t stop her. Mary Kenner filed a total of five patents to the US government but never became rich or received any formal recognition because of racism.

Haben Girma
Haben Girma is the first Black person who is both blind and deaf to graduate from Harvard Law School. And that’s not all! Haben Girma was named a White House Champion of Change, received the Hellen Keller Achievement Award and was featured on the Forbes 30 under 30 list. She believes that disabilities are opportunities for innovation. She has been an outspoken advocate for disability rights and has encouraged organizations across the nation to think more inclusively. With Haben Girma’s perspective and mindset, anything is possible. Inclusion is a choice!